The castle of Montegiove stands on a hill on the border between Orvieto and Perugia, in the municipality of Montegabbione, not far from the Convent of Scarzuola and the Ideal City of Tommaso Buzzi.


The town of Montegiove owes its name to the existence of a Roman temple dedicated to "Iuppiter elicius", confirmed by the discovery of two terracotta votive heads of the deity. However, the castle was only built in the 13th century by the Longobard Bulgari or Bulgarelli family, counts of Parrano and Marsciano, whose coat of arms (three lilies surmounted by an imperial eagle) is still visible on the original entrance door of the castle. The first references to the fortification date back to 1282, with a request for a licence to the bishop of Orvieto to build an oratory in the estate of Monte Giove, "near the castle": it is therefore deduced that at that date the construction was already completed.

The original shape of the castle saw an oval wall, in which there was a low entrance tower, open on one side and with an entrance equipped with a portcullis. The tower surmounted a lowered arch of the Orvieto style, which still exists. The buildings were set against this wall, while in the inner courtyard there was a high bell tower and a cistern.

In the fifteenth century the castle was disputed between the various captains of fortune of the territory: among the most famous ones were Fortebraccio and Gattamelata, whose wife carried out important works of structural reconstruction between 1455 and 1466. Further improvements were made following the introduction of gunpowder: a new entrance door accessible with a drawbridge and protected by a ravelin, two new towers (one round and one square), a general thickening of the existing walls and the construction ex novo of a new wall. The dominion of the Gattamelata family is still testified by the "braid", symbol of the family, engraved both on the new portal and on the fireplace of the hall of the new part of the building.

New enlargements were made following the reconciliation of the local lords: as it lost its defensive function, the castle was restored to make it more similar to an aristocratic palace, with embellishments and pictorial decorations, while the adjacent spaces were enlarged to leave room for the gardens.

Today the castle is partly used as a hotel but can be visited (by appointment) throughout the year: the visit begins in the park and a part of the rooms of the castle, then moves on to the ancient cellar of 1500 and concludes with the tasting of wines produced on the estate.

For information and reservations:

Panicale, the medieval village that overlooks Lake Trasimeno
The best offers for you in Montegabbione
Find out unique proposals to enjoy Umbria
See all 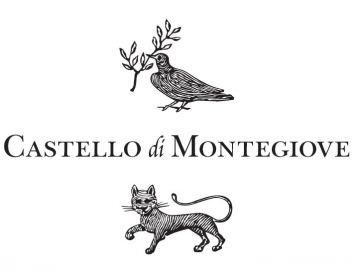 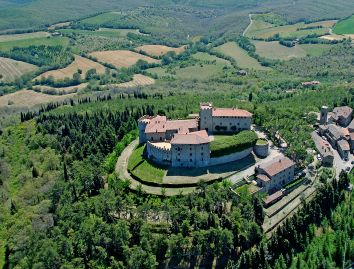