The facade, decorated with stucco, is divided in compartments by five pilasters with capitals supporting the entablature; above you can see a crowning the central gable. In the lower part there are three architraved portals, boxes of simple frames.
The interior is of neoclassical style and has a single nave with four side chapels with apses. This is packed with pilasters topped with refined capitals to support a projecting cornice with vaults.
The cover, in vaults, turns into the dome at the intersection of the arms.
The church contains in the first chapel to the right of a wooden group representing the Crucifixion with the Virgin and St. John (1697) of Foligno Antonio Calcioni; on the second and third altar are two urns containing the first body of the Blessed Angela of Montegiove (1357-1436). In the second one there are the remains of the Franciscan blessed Philip and James murdered in Bevagna in 1377 by mercenaries from Brittany to the Trinci service. The second altar on the left is the body of the Blessed Angela of Foligno, and a painting by Gaetano Gandolfi from Bologna who depicted the blessed. In the third altar on the left there's Our Lady of Mercy; in the main altar St. Francis receiving the stigmata (1856) of the Sicilian Pasquale Sarullo. The apse is decorated with frescoes of the late eighteenth century and the sacristy and the chapel of St. Matthew have fragmentary decoration of 14th century fresco.
The bell tower, built in 1911, in 1926 was raised to make room for a bronze statue of St. Francis.
Explore the surroundings
Main attractions in the vicinity 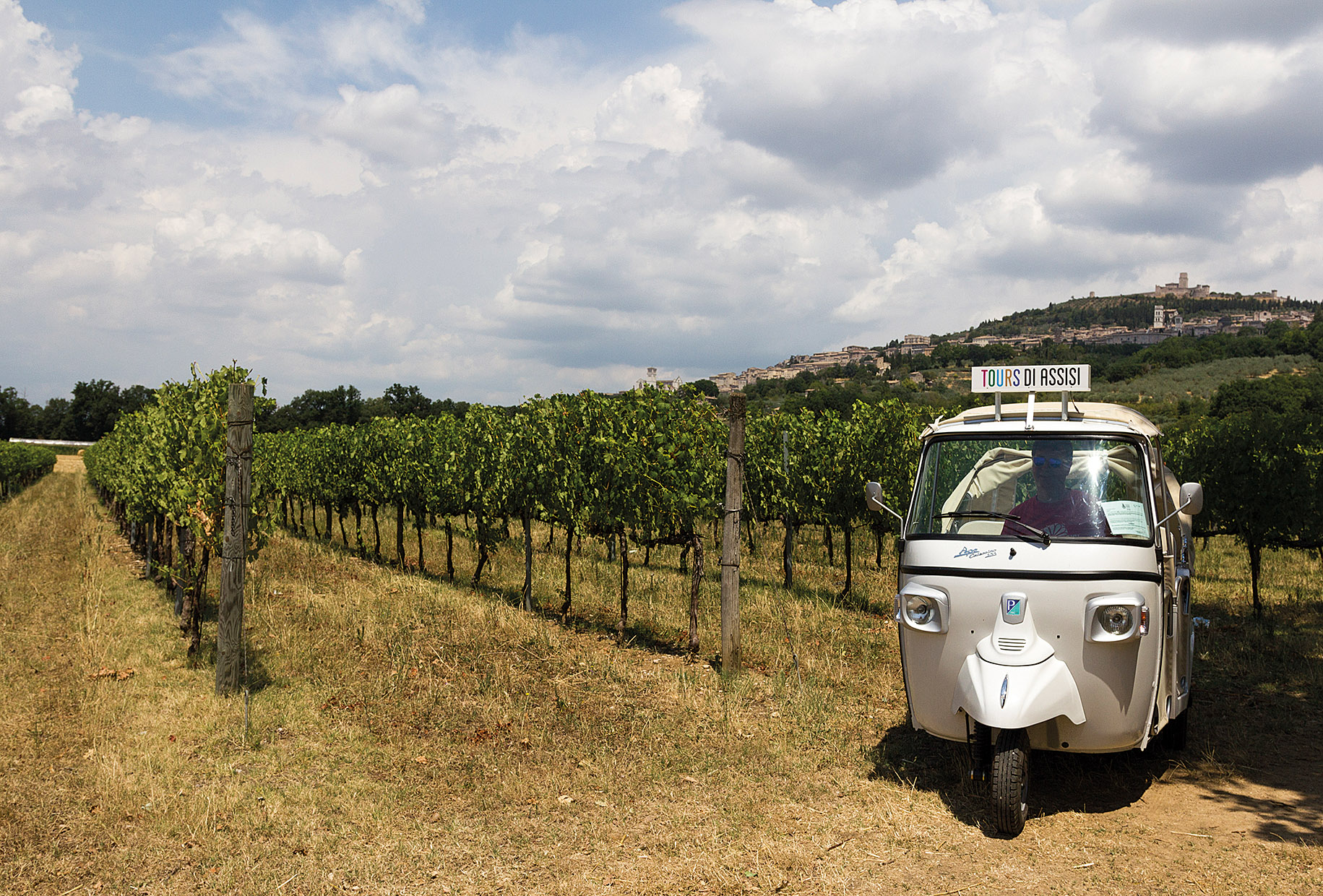