The Museum of Embroidery and Textiles is located in Valtopina on the ground floor of the town hall, a mansion of the early twentieth century.


The Museum of embroidery and textiles definitely worth visiting for its importance as a font of knowledge about the art of embroidery. This art is very important in Valtopina also for the presence of the Embroidery School, organized by the Pro Loco. The collection consists of about four hundred pieces divided into three sections: the first for women's fashion, the second for underwear and the third for household linen. It illustrates the fundamental changes and simplifications regarding fashion between the late nineteenth century and early twentieth century.

The inauguration of the Museum of Embroidery and Textiles in 2007 was made possible thanks to the many donations that have taken place since 2000 and have gone into collecting artifacts belonging to historical families of Foligno,  Spello and Perugia. Then it was extended to other regions such as Tuscany and Liguria. The Embroidery School in Valtopina, organized by the Pro Loco, is also important for the start of the collection and to help to keep the tradition of the minor arts alive, which is very important in small towns in Umbria.

The museum has three sections that gather about four hundred pieces divided between women's fashion, underwear and household linen.  The section on women's fashion highlights, through the precious dresses on display, the simplification of fashion that happened between the late nineteenth century and early twentieth century. During this time the clothes are characterized by the increasing use of lace, material in which are often packed the strategic parts of garments like coats, blouses and flouncy skirts. In the second section,  dedicated to the underwear, it is evident that  the nineteenth and twentieth century focused on new and refined capabilities that enhance petticoats, corsets and camisole, other vests, dressing gowns, bonnets, knickers, stockings and handkerchiefs with lashings of lace, white embroidery on white or pastel colors. Particular attention is paid to layettes and baptism gowns made by specialized laboratories for the new emerging middle classes who wanted to flaunt opulence and wealth and compete well in luxury with the old nobility.

Finally, the third section, devoted to household linens, shows how the girls collected the “imparaticci”, samplers on which they demonstrated all the embroidery techniques learned.

However, from the end of the 19th century onwards, young women no longer made their own trousseaus personally, but preferred to turn to specialist shops, seamstresses or convent workshops, where refined and lengthy embroidery work was carried out. The exhibition of the linen shows how, despite the introduction of colour into the sheets during the Second Empire, white embroidery and white fabric continued to be preferred for the trousseau for a long time to come. The decorative motifs are mainly floral and symbolize happiness and eternal love like the bow or the "love knot". 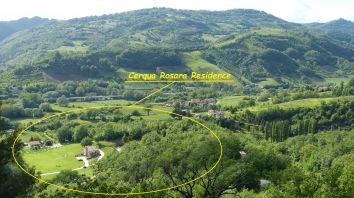 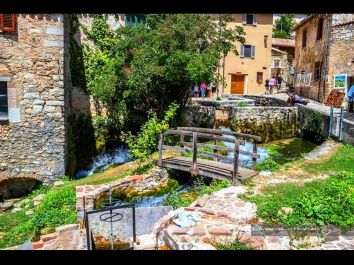