The interior is of the Franciscan type, with a Gothic apse, and two aisles with an arched the lower part. Until a few years ago, the church contained the Madonna and Child in Glory with Angels and Saints painted by Niccolò Pomarancio Circignani in 1577 and a wooden sculpture of St. Roch of 1528, attributed to Romano Alberti called il Nero. To better preserve the two works, they were recently transferred to the museum in the nearby church of Santa Croce. Currently the adjoining convent houses the Historical Municipal and City Library. 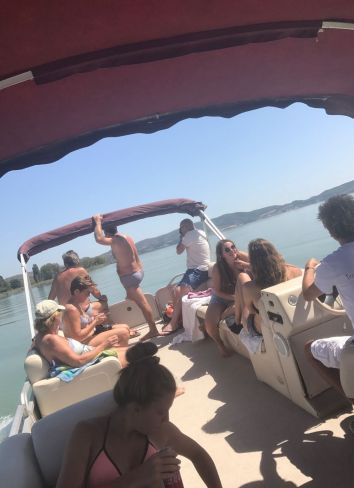