Built between the mid-13th century and 1282, it was widely restored in 1927, when the original roof was replaced by Guelph battlements which also crown the nearby bell tower.
The palazzo has three levels of windows corresponding to the floors inside. On the ground floor, there are three wide round arches which even today, host shops.
Take a look at the base of the adjacent Torre del Popolo, built between 1275 and 1305, where you will find the profiles of measurements which were utilised for measuring bricks and tiles used in construction at the time.
Explorez les environs
Les principales attractions dans les environs 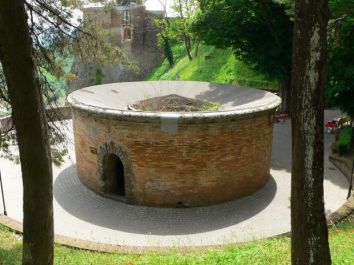 Trekking
Ciclovie
Italy Coast2Coast
From the Adriatic to the Tyrrhenian Sea, through Umbria, on foot and by bike