It consists of an assemblage of different forms cut and bolted into the metal, has zoomorphic appearance and that may also suggest parts of a crown. Calder had not yet decided the name of the sculpture when, during his stay in Spoleto (spring 1962),he saw in his hotel a print depicting the Duke Teodelapio (early seventh century) with a pointed crown, and so he decided on that name for his work.
The sketch, some letters and preparatory drawings are kept inside the Galleria Civica d'Arte Moderna in Spoleto. The sketch was enlarged 27 times by the Italsider factories of Savona and the steel sheets made there were directly mounted and welded in situ in Spoleto.
Explorez les environs
Les principales attractions dans les environs 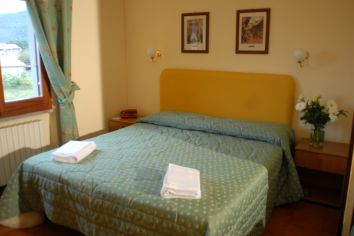