ROUTE 05 - The countryside between Monte Subasio and Bevagna

Difficulty
Easy
Total ascent
200 m
Distance
26 km
Go back
Add to my travel
An easy and unique itinerary to discover Bevagna, an ancient town with an important history and rich in artistic and cultural works of great beauty and that has maintained its medieval appearance unaltered.

This route is one of the easiest proposed, but it is still a fascinating one nonetheless. The main point of interest is the ancient town of Bevagna, a beautiful place of considerable historical and artistic interest that has managed to preserve its medieval appearance to this day. Then there are the traffic-free roads and lanes, and the unforgettable feeling of timelessness that you get as you cycle through the countryside between Mount Subasio, overlooking Assisi, and the hills above Bevagna and Bettona.

The starting point for this ride is the centre of Bevagna, and you ride out of the town along Corso Matteotti. Once outside the old town walls, turn left and then right onto the minor road known as Via Sant’Anna, and you will be away from the houses and into the countryside in no time. When you get to the junction signposted to Foligno and Cannara, cross the road and carry straight on to km. 2.8, at which point you turn right and cycle for about one kilometre on a gravel road running alongside the River Topino.

At the junction with the SS316, turn left towards Foligno (be careful, as this is one of the few busy roads along this route). At km.5 turn left off the main road towards the small village of Budino, which is situated 6.8 km. from the start of this route. From here follow the signs to Cannara, around 4 kilometres further on, along a completely flat road running alongside the banks of the River Topino. After having visited the centre of Cannara, a small rural town famous for its onions, cycle out in the direction of Bevagna along the SP410 until you get to the junction with the SP403: at this point, turn left, following the signs to Bevagna once again. If you turn right, on the other hand, and make a 10 km. deviation, you can visit the small town of Bettona, voted one of the “most beautiful small towns in Italy”.

At 18 kilometres from the starting point you come to Cantalupo, and here you turn right, go round the roundabout and follow the signs for Castelbuono, cycling along the road running along the banks of the local canal. Follow this road through the fields until you get to a junction at km. 19.8; turn left here, leaving the road to Castelbuono behind you. Keep to the left, and once you have gone across the bridge over the River Attone, turn right towards Torre del Colle. At this point, there is a short climb of about one kilometre leading up to the this traditional village, and from there you continue in the direction of Bevagna. At km. 24.8 you will find yourself back at the entrance to the town of Bevagna once again, but instead of going straight into the town, turn right and cycle alongside the River Clitunno until you reach the junction of Viale Roma. Turn left and cycle back into town, to the starting point of this particular route.


Bevagna, an ancient town that has managed to preserve its medieval layout and character, also boasts a number of Roman remains. Place of interest in the town centre include Piazza Silvestri, the Consuls’ Palace (which houses the Torti theatre), the Romanesque churches of San Silvestro and San Michele, as well as the church of San Domenico and San Giacomo. The highest point in the town is the site of the church of San Francesco (built toward the end of the 13th century): this particular church is famous for the stone, currently positioned next to the altar, on which St Francis leant when preaching to the birds at Pian d’Arca. Cannara possesses three interesting churches: the late Umbrian Romanesque church of San Biagio, the church of San Matteo, and the church of San Sebastiano, which currently houses the town’s Art Gallery (Pinacoteca). Just a few kilometres from Cannara, at Collemancio, you can visit the remains of the ancient Roman municipality of Urvinum Hortense, where archaeologists have made a number of important finds, currently housed in the Antiquarium. Another town situated not far from this route and well worth a detour is Bettona, voted one of the most “Most Beautiful Small Towns in Italy”. 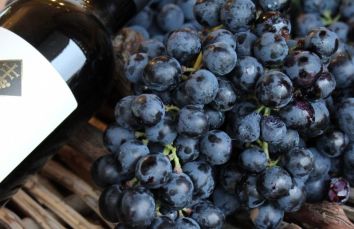