Difficulty
Medium
Total ascent
750 m
Distance
45,5 km
Go back
Add to my travel
Route number 14, although not particularly long, manages to combine beautiful landscape and a wealth of history, offering a series of interesting views of this extraordinary natural landscape, while touching upon certain important historical towns and villages, starting with Città di Castello, our point of departure.

The ride is relatively short, but the climbs in the central section of the ride (which is also the most fascinating part) justify its inclusion among the medium-grade routes. The starting point is Viale Nazzario Sauro, just outside the old city walls, and from here you ride in the direction of Cortona and Trestina. Just past the bridge over the River Tiber, bear left and follow the same signs (to Cortona and Trestina) as far as the village of San Secondo. As you come into San Secondo, via a narrow double bend in the road, turn sharp right (km. 7.2) in the direction of Monte Santa Maria Tiberina, a delightful medieval village representing the highest point on this particular route, situated as it is on the very top of a hill overlooking the surrounding Umbrian and Tuscan valleys.

Before you get to the beginning of the climb up to the village, there is a fairly flat section of minor road winding through the extremely rural landscape. The climb, which begins at km. 13.6, is some 4 kilometres long, although the gradient is never more than 6 or 7%, and it offers some superb views over the surrounding countryside, as you ride up through delightful chestnut woods along a virtually traffic-free road. At the junction at km. 17.5, turn right and ride the short distance up to the village of Monte Santa Maria Tiberina. After visiting the village’s characteristic narrow streets and the remains of its medieval castle, ride back to the same junction and bear right towards Monterchi and Arezzo. A lengthy, winding descent is then followed in quick succession by the other two climbs of the day, neither any more than 1.5 km. long, and neither particular steep. This border country between Umbria and Tuscany is a wild place, and even the small medieval villages dotted here and there blend in perfectly with the surrounding green hills, making it an ideal place for a cycling holiday.

Once you have completed the third descent, past the village of Lippiano, you then pedal for a few kilometres in Tuscany, as far as the delightful medieval hilltop town of Monterchi, where the artist Piero della Francesca was born. From Monterchi, take the rather busier SS221 in the direction of Città di Castello, some 10 kilometres further on, along a mostly flat section of road. When you get to just outside the town (km. 42.5), bear right following the signs to Trestina, you will soon find yourself at the same junction (at km. 45) that you encountered at the beginning of the ride, situated just before the bridge over the River Tiber: at this point, bear round to your left and into Città di Castello town centre, which is well worth a visit: indeed, its vast array of monuments and artistic works make it the real gem of the Upper Tiber Valley.


Città di Castello's wonderful town centre, easily identifiable by the massive, cylindrical Romanesque bell tower of the town's cathedral (Church of Saints Florido and Amanzio) and the high, medieval civic tower on the opposite side of the square. Other interesting points along the route include the medieval hilltop village of Monte Santa Maria Tiberina, rising above the surrounding woodland and affording fantastic views across the nearby Umbrian and Tuscam valleys, and on a clear day as far as the Apuan Alps to the northwest, and the Gran Sasso d’Abruzzo to the south. Inside the village walls, the sixteenth-century castle and the Church of Santa Maria are both worth a visit. The tiny town of Citerna, situated just before Monterchi on the border with Tuscany, dates from Etruscan times, and its delightful walled centre boasts the church of San Michele Arcangelo, with its Crucifixion by Pomarancio, the fifteenth-century Palazzo Vitelli, and the early fourteenth-century church of San Franscesco (1316), featuring a number of historical paintings including a tempera painting of the Deposition by Pomarancio, and a Christ in Glory by Raffaellino del Colle. As you go out of this church, you encounter the little "Prosperi" building, and a few metres further on you come to a small arch leading to the medieval walkway running atop the village’s ancient walls. 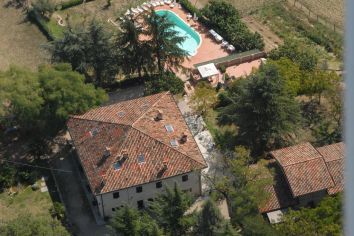 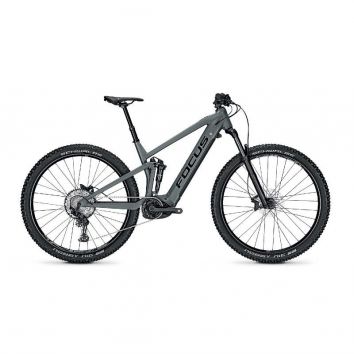