The first church dedicated to his worship was the site of the historic meeting in 742 AD between Pope Zachary and the old King of the Lombards Liutprand, passionate upholder of the miraculous power of the martyr, whose remains were already venerated at this site. Ceded to the Benedictines between the 8th and 13th centuries, the Basilica suffered the fate of the city of Terni, which was subjected to raids, looting and destruction. The history of the basilica is unclear up to around 1605, when the search for the body of St Valentine began. The excavations were promoted by Pope Paul V as part of the revived interest in the first martyrs of the Church, which served to authenticate their existence and increase their veneration. The state of ruin besetting the basilica and the growth in the worship of St Valentine, led to his relics being transferred to the Cathedral and the reconstruction of the church, which started in 1606, to be speeded up, with the construction of a building with a single nave, today housing the altar containing the body of St Valentine, solemnly returned to the basilica in 1618.
The stucco statues on the facade, also dating from the 17th century, were placed there during an 18th century restoration.

The Saint's custom of promoting relationships among the young is associated with a number of legends.  The legend of Sabino and Serapio tells of the difficult earthly marriage between a pagan and a Christian, brought together by Valentine for eternity in a blissful sleep. That of the Rose of Reconciliation, offered by St Valentine to an arguing couple to reconcile them, seems to have given rise to the anniversary of February 14th, the day on which the Feast of Lovers has been celebrated since the discovery of the body in the basilica in Terni. 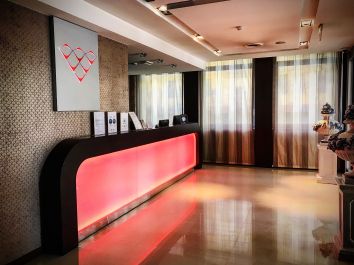 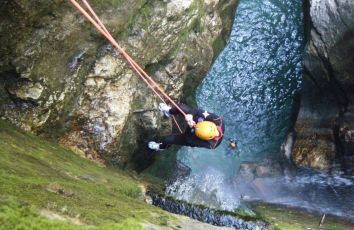 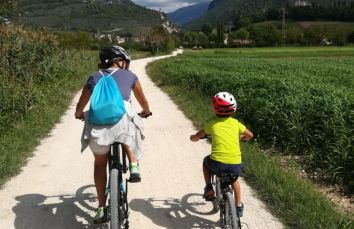