Woodworking: a tradition charged with passion

If you spend your free time in search of remarkable antiques and if wooden furniture is important to the interior design of your home, then take advantage of your stay in Umbria to learn more about its fine carpentry tradition.

The art of working wood has a long and honourable tradition made up of local craftsmen and itinerant artisans who spread the styles and techniques all over Umbria. One illustrious example is the carver-inlayer Antonio Bencivenni, who trained in the workshops of the Palazzo Ducal in Urbino but moved to Perugia in the late 1400s. Many of his most important pieces are to be found all over Umbria: at the Collegio del Cambio in Perugia his work is based on a design by Perugino, then there is the choir of the Cathedral of Todi and many other fine works you'll discover as you go along. He is also famous for a somewhat spirited sense of humour, as proven by the phrase De umbra asini domini nostri (or "from the shadow of our donkeys") he inscribed on one piece. The 15th century cabinet that the workshop of Giuliano da Maiano made for Guidobaldo da Montefeltro, once housed in the 14th century Palazzo Ducale of Gubbio, is now at the Metropolitan Museum in New York.

During the Renaissance, many palazzi became sumptuous homes and the furniture made for them bear witness to this. It was then that the techniques used by inlayers reached their height and examples of this art can still be seen in, for example, the decorated trunk housed in the Picture Gallery of the Gubbio City Museum and the one from the late 14th century housed in the Picture Gallery of Città di Castello.

Città di Castello is well worth a visit to learn more about the art of furniture making. The city's craftsmen are specialised in the production of stylish furniture made with recovered and seasoned blocks of solid wood. These pieces are a fine example of design and technique recognised on a European level. Every November they hold a furniture show that is entirely devoted to the tradition of carpentry in this city, as well as its more modern expressions.

Evidence of the great tradition of woodworking in Città di Castello dates to antiquity, and the collection donated in 1912 by the art and antiques dealer Elia Volpi, which today can be seen on display in the Picture Gallery of the 16th century Palazzo Vitelli alla Cannoniera, is proof of its extraordinary variety. It was in that era that the Crafts School was founded to teach artist techniques to both seasoned woodworkers and apprentices.

The tradition has remained alive over the years and to safeguard both producers and customers, the trademark "Vero Mobile in Stile Altotiberino" (or Real Furniture in the Style of the Upper Tiber Valley) has recently been instituted. 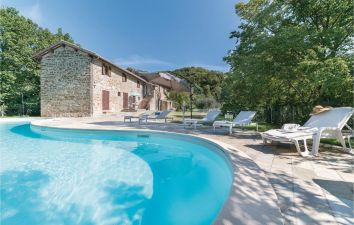