A rare example of early Christian art, the find consists of 25 objects including plates, patens, chalices, a pyx with its cover, strainers, a small ladle and a large number of spoons. The fact that there is an absence of religious signs on certain objects that normally would have them, such as the chalice and the pyx, as well as the presence of tools not expressly designed for liturgical use, as is the case, for example, of the ladle and spoons, have led to the hypothesis that they were originally domestic instruments, later donated to a Christian community and therefore specially decorated with symbols of their nascent religion: the fish, the cross and the dove. During the first centuries of Christianity, as a result of the persecution of the faithful, the objects used for liturgy were those normally used in the home. Only from the fourth to the seventh century, with the emergence of the Eucharistic rite, were objects produced for liturgical use only.
The names of Aelianus and Felicitas, probably donors, are inscribed on one of the patens.
Explore the surroundings
Main attractions in the vicinity 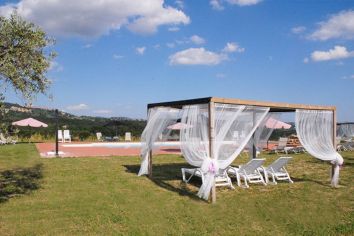