Dating back to 1983, the Church, designed with a modern concept, has mosaic stained glass. The building has a slender and imposing modern structure, and on the facade are a large multicolored Dalles glass windows that illustrate the truths of faith and a large mosaic depicting San Lorenzo who distributes the wealth of the Church to the poor.
Inside are a "Via Crucis" designed by the painter Sassu and two Carrara marble statues, one representing Jesus carrying the cross, and the other depicting the Madonna of the Eucharist. The monumental bronze door, by sculptress Nadia Rognoni, is remarkable; its central theme is the light radiated by the host, to which two angels converge from opposite directions.
Explorez les environs
Les principales attractions dans les environs 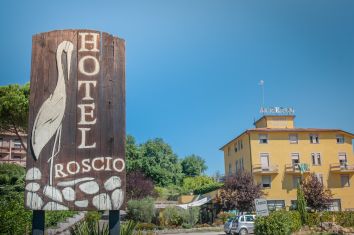