Hermitage of Our Lady of Shelter

Go back
Add to my travel
The sanctuary with miraculous water

In proximity to the entrance of the natural grotto, there is a cistern-well that is always filled with water that is considered beneficial.

The sanctuary was a destination for pilgrimages on Saint Michael's Day, with visits from the devoted who came to drink and bathe in the grotto's waters for therapeutic purposes. Although the practices of the devoted are still active, the sanctuary is closed during the year: you can visit it by contacting the Federici family in Sant'Eraclio di Foligno.
In the vicinity of Roviglieto, on the slopes of Mount Cologna, there is the therapeutic sanctuary of Sant'Angelo de Gructis, erected in the 11th Century by the Counts of Uppello in a deep and immense natural grotto.

Between the 13th and 14th centuries it passed by inheritance to the Counts of Turri. In 1870 the sanctuary was acquired by the Federici di Scandolaro family who still possess it today. The place of worship was abandoned, in an unspecified period, by the same inhabitants of Roviglieto, who turned their attention to the sanctuary of Our Lady of Grace in Rasiglia to which the miracle of a baby's resurrection has been attributed.

In 1842, as you can see from the plaque affixed on the church's facade, the random discovery of the grotto, at the time inaccessible due to an obstruction at the entrance, was considered a prodigious find. The event created an immediate return of followers towards this place dedicated to Our Lady of the Grotto or Shelter, after the discovery of an image of Our Lady of Misericordia under the plaster.

The complex consists of a small church, restored in the 19th century, which gives way to a large natural grotto that is accessed by going up a stairway carved into the rock. On the left wall of the cave, which takes on an ellipsoidal shape towards the back, there is an altar that decorates the fresco of Our Lady of Shelter flanked by a wood-carved statue of Saint Michael the Archangel, protected by a little tin roof held up with columns. In an offshoot of the grotto, a dwelling was found that belonged to the hermit who took care of the place after its discovery. 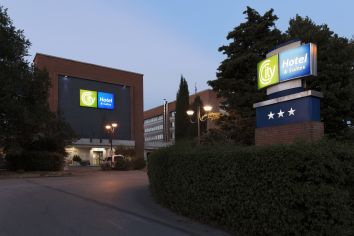 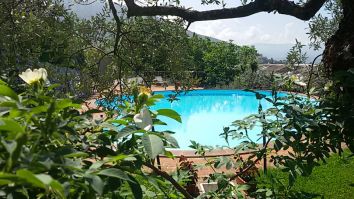