Difficulty
Facile; Medio-Facile
Difference in level
+100m; -100m | +450m; -600m
Distance
20,2 Km | 26,3 Km
The Umbrian section of the "Sole" Bike Lane is not very long and it does not have very challenging sections but it represents a good test for those who want to engage some paths not entirely flat.

This first section of the "Sole" Bike Lane is spread over low traffic road network along a wonderful countryside among Chiusi Scalo and Fabro Scalo and it is recommended to any kind of bike, excluding road bikes and recumbents.
Almost the entire route is carried out on dirt roads between farmlands and hilly forests, up to Fabro passing through the National Road 71. Going up to the fortified town (100m of difference in level uphill), it is very interesting to visit the Castle, of a fortified origin, with an almond shape, built around 1000 and renovated on 1400 and again on 1500, the Parish Church of San Martino, built in XIX century, and the 19th century City Hall, whose design is attributed to Guglielmo Calderini, an architect from Perugia. The lush countryside which surrounds the village gives naturally the precious white truffle.

Stage 2 from Fabro Scalo to Orvieto

This route starts from the Train Station of Fabro on the SS71, which begins to scramble up hills and in about 7 km leads to the typical town of Ficulle, a medieval village with its doors, the castle of Conti Bonavicini (X-XI century), whose crenellated walls and two towers remains can be seen, the church of Santa Maria Vecchia, with Gothic door and some important late 15th century paintings, and the church of Santa Maria Nuova, of late Renaissance style (1606), with three aisles and a significant wooden chorus placed behind the main altar.

Outside the village can be seen some gardens equipped with picnic areas, camper and services area, where you can have some relaxing moments in the shade, before visiting, along the path, the church of the Majesty and starting the last slight rise which takes you to the descent of the trip, from which you can admire the Tiberina Valley and Orvieto cliff, whose origins date back to the Etruscan civilization, which gives us an artistic and cultural heritage among the richest in Umbria. Tourist packages
With the family - The Waters of Umbria
Starting from
Read more
Duration
7 Days
Starting with:
€ 1635 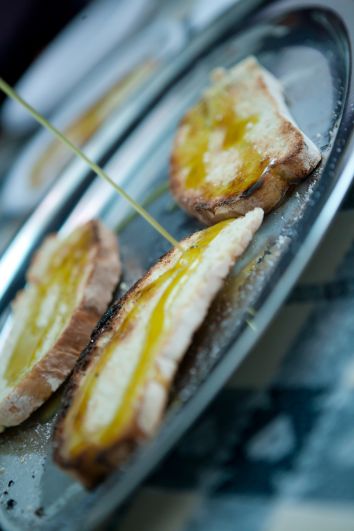 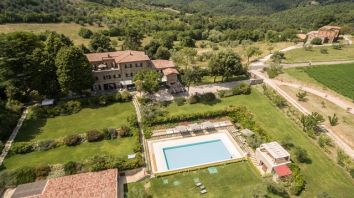 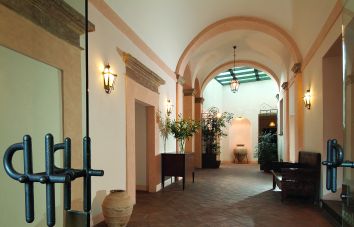 Accommodation
HOTEL PALAZZO PICCOLOMINI
Read more
Starting with:
€ 60
You might also be interested
Find out unique proposals to enjoy Umbria