The Priori Palace (or Praetorium or of the Podestà), current seat of the Municipality, occupies the eastern side of Piazza della Signoria because it is located in front of the known Palace of Consuls.
Designed probably by M. Gattapone in 1349, it was originally intended as seat of the Podestà, head of the executive power, as opposed to the Palace of Consuls (its original twin) that was seat of the legislative power.
It was not completed during the following years for different economic and social reasons because of the plague’s spread. 
In the façade overlooking the square it’s possible to see the outcomes of the brusque interruption of works happened in 1350. For that reason, the building presents itself as a big incomplete gothic artwork, yet of high architectural value.
The criterion adopted to erect the building was exceptional: a unique central pillar supporting strong arches linking up with the outside walls and supporting the load of vaults and slabs.
The Palace was modified and extended over time: for example, the adjoining brick building on its left dates back to the late 1600, then linked up to the original palace in 1949 through a wide external staircase.
All the building underwent an important work of restoration and consolidation following the earthquake of 1997, that ended in 2003.
Worthy of mention are the two canvasses by F. Allegrini of 1600 in the Hall of the Major: they represent two of the several and renowned “Battles” painted by the famous artists.
The Palace hosts the rich library founded in 1666 by the Bishop Alessandro Sperelli and the archive Armanni, containing many manuscripts and codes, including the History of Gubbio by Greffolino.
die Umgebung entdecken
Hauptattraktionen in der Nähe 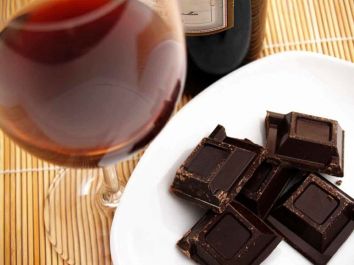 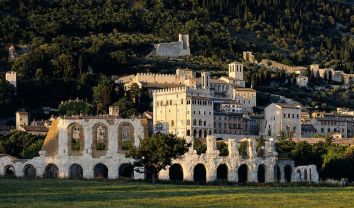