Difficulty
Easy
Total ascent
250 m
Distance
28,5 km
Go back
Add to my travel
A route mostly flat and without traffic, crossing the Umbrian valley and the beauty of the views of Trevi, its olive groves and unspoiled nature to live with the whole family.

This route covers the mainly flat section of the Umbria Valley (Valle Umbra) situated between the ancient towns of Trevi and Spoleto, and follows the cycle path along the Maroggia river for several kilometres: indeed, it is one of the easiest, pleasantest rides in this guide.

The route is mainly traffic free, even when you come off the cycle path, and affords some wonderful views of Trevi and its olive groves (the nearby Bovara boasts the oldest olive tree in the entire Umbria region), of Pissignano and Spoleto: it is the perfect ride for inexperienced cyclists and for families seeking an enjoyable weekend ride in this delightful corner of Umbria.

The starting point is the train station at Borgo Trevi, which lies below the hilltop town of Trevi itself, and thus those cyclists bringing their bikes by train can start the ride immediately after getting off the train. From the train station, follow the road to your right leading to the ancient Roman Via Flaminia, and at the junction 400 metres further on, turn right into Via Faustana. A further 400 metres on you come to another junction: turn right again, following the signs to Spoleto, and just past the railway bridge, turn right once again into Via Clitunno. At km. 2.5, just before you reach the River Maroggia, turn left into the road (ZTL zone) which from April to September is vehicle-free, with access for pedestrians and cyclists only.

Cycle straight on until you reach km.6, then turn right, go across the River Maroggia, and then turn left again: to your left there is a fine view of Pissignano Castle rising up on the hillside among the olive groves, and overlooking the Clitunno Springs situated down below. At the next junctions go straight across, until you reach km.11: at this point, turn left and once over the bridge, turn right onto the cycle path which takes us all the way to San Venanzo (km.15), just outside Spoleto.

At the junction with the SP451, turn right towards San Venanzo, and 300 metres further on, turn right again in the direction of Protte. Cycle straight on towards Beroide, until you come to the junction with the SP457: at this point turn left and then right, following the sign to Borgo Trevi. At km. 25.5, keep to your right, and past the bridge over the Maroggia, cycle back into Borgo Trevi along the same road you road down in the opposite direction at the start of the ride.


The small town of Trevi, immersed in the surrounding olive groves, preserves several remains and buildings from its Roman and medieval past. The town’s churches of particular interest include Sant’Emiliano (12th century), with its Blessed Sacrament Altar by Rocco da Vicenza (1522) and its series of 16th century frescoes by Francesco Melanzio, and the Church of San Francesco. The 15th century Town Hall houses the town’s Art Gallery (pinacoteca), which is also worth a visit. The nearby hamlet of Bovara boasts the oldest olive tree in Umbria - the Sant’Emiliano tree - which is some 9 metres tall and is estimated to be 1,700 years old! According to tradition, in fact, in the year 304 AD, Trevi’s patron saint St. Emiliano, was tied to this tree and killed. The fortified village of Campello sul Clitunno, together with Pissignano Castle, both immersed in the area’s vast olive groves, are also of interest. The Clitunno Springs (Fonti del Clitunno), a true wonder of nature, are situated not far from Trevi: this series of springs, which were already famous in ancient Roman times, form a lake which marks the source of the small River Clitunno. The Clitunno Temple (or Church of San Salvatore), a Paleo-Christian building, lies just a short distance away. 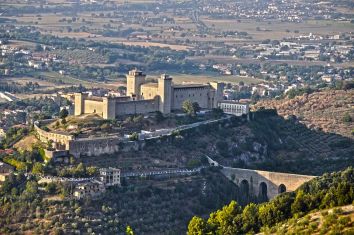 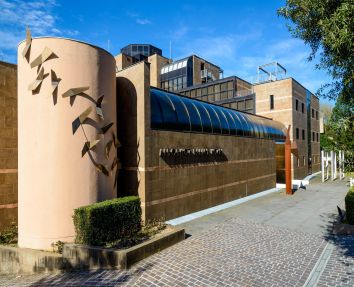 Accommodation
ALBORNOZ PALACE HOTEL
Read more
Starting with:
€ 56
You might also be interested
Find out unique proposals to enjoy Umbria