The fortress is built around a courtyard, with an old fountain. 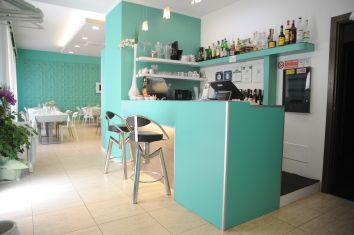