Umbria with its stunning landscapes, beautiful cities and charming medieval villages, is the ideal destination to take a holiday surrounded by the region's evocative landscapes and to discover its many cultural treasures.


Let’s start from the area of Terni, the town of St. Valentine, patron saint of Lovers, where the Lake Piediluco is located: a mirror of water above Marmore falls.
It is said that, when you reach the centre of the lake, the voice produces such a powerful echo to be heard within few metres; if you are thinking to declare yourself, then you can make resound your marriage proposal until Piediluco, the picturesque village with colourful houses.

Marmore Waterfalls are well known also because one of the balconies where you can admire the waterfall’s spray is called “the Balcony of Lovers”: a small window reachable through the Lovers’ Tunnel. The legend narrates that Saint Valentine, in order to demonstrate the purity of Nerina, called into question by her boyfriend, struck the cliff with his bishop’s crozier and produced a jet of water with the shape of a bride’s veil.

Orvieto, standing on a tufa cliff, is located in the province of Terni too. The entire town, as well as the beautiful Cathedral, seems to stand almost touching the sky. The square is an original and fascinating setting, especially at night, when the colours of the church’s façade soften and release a soft and romantic light.

If the weather is good, one of the most romantic spots in Umbria is certainly the Trasimeno Lake: the sunsets that can be admired in the villages standing on its shores (Passignano sul Trasimeno, San Feliciano, Tuoro sul Trasimeno and Castiglione del Lago) take always different and surprising colours according to the season and the climate of the moment. A very romantic experience is then the visit to the Maggiore Island in the centre of the lake. A charming fishing village stands on the island, that is reachable by ferry: the walkways looking over the lake, exactly at sunset, fill with an intense and very beautiful light.

Located within the Albornoz Fortress, a fortress placed at the top of the hill overlooking the town of Spoleto, the Painted Room is decorated with frescoes telling Breton or Provencal poems. These poems have a strong power of influence and all those who had the chance to admire them remained fascinated by them. Lovers who get to Spoleto should stop in to see the Painted Room, formerly the bedroom of the castellan. The pictures painted on the walls, illustrating stories of courtly love, are delightful.

Retreat to the Springs of Clitunno, with a serene atmosphere of weeping willows, a mirror of water surrounded by total silence, a church with the shape of a Greek temple. This place inspired poets and scholars such as Pliny the Younger, Virginio, Lord Byron and Carducci, therefore it will be able to conquer you too.

Baciadonne alley ("kiss-women") in Città della Pieve is a very narrow lane whose name derives from a dispute among neighbours. The popular tradition narrates that in the Middle Ages two neighbours decided to detach their houses, creating an alley between 50 and 70 centimetres wide. Two passers-by who cross the alley in the opposite direction are forced to be so close that they touch their lips.
The romantic walk can then go on at the research of the birthplaces of Pietro Vannucci, called “Perugino”, one of the greatest painters of the Italian Renaissance and master of the great Raphael. 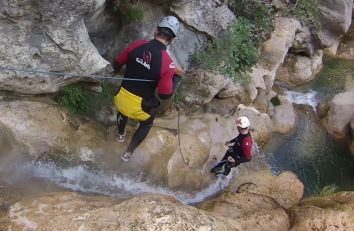