It was built on the place where in Roman times the "big wall" had been erected as a walkable barrier. In the sixteenth century the wall was transformed into a mighty castle with corner bastions. Inside were frescoes of the 16th - 17th centuries. It previously belonged to the Filippeschi family and after to the noble family of the Conti of Marsciano, and it has given rise to Carnaiola village, from the linear form.
Openings
Explore the surroundings
Main attractions in the vicinity 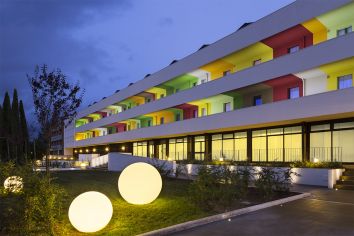 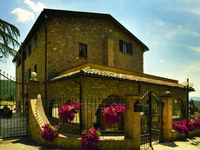 Ciclovie
Del Sole Bike Lane
The Umbrian section of the "Sole" Bike Lane is not very long and it does not have very challenging sections but it represents a good test for those who want to engage some paths not entirely flat.
Taste routes
A day trip to Montegabbione and Ficulle
A day spent amidst scents and pleasant discoveries in the Eden of wine: a journey through the history, crafts, and wine and culinary production of two of Umbria's gems, Montegabbione and Ficulle