An ancient hermitage set within the thick woodland of mount Subasio, 4 km from Assisi, the Eremo delle Carceri (alt. 791 m) developed over centuries around the mountain's natural caves and the chapel of Santa Maria, where Saint Francis and his first companions settled in isolation to lead of life of austerity and more intense prayer (they 'imprisoned' themselves; the Italian word for prison is carcere).
Frequented only sporadically by the Saint himself, the Eremo delle Carceri became a more permanently settled spot from 1205-1206, when it was decided to carry out one of the five annual fasts that he had the habit of practising. 
According to tradition, in 1215 Saint Francis received the Hermitage of mount Subasio as a gift from the Benedictines.
Between 1217 and 1221, Saint Francis wrote the 'Rules of life in hermitages', a code of behaviour to be observed by monks wishing to retreat in silence and peace.
From 1378, first with Friar Paoluccio Trinci, who started the Osservanza movement, then with his follower Saint Bernardino of Siena (1380-1444), the first improvements of the sanctuary were made, with the construction of a humble dormitory, a refectory and the small church nearby.
The altar of the 15th century church has a  Crucifixion from the 15th century Umbria-Siena school. There is an interesting small stained glass window of French origin on the back wall (14th century); opposite is a cabinet with mementos of the saint. An iron gate leads to the early church, where on the altar you can see the cross that the saint wore when he was evangelising; behind is a fresco with  Madonna with Child and Saint Francis, attributed to Tiberio d'Assisi (early 16th century).
An interesting walk through the woods starts with the bronze statue by Vincenzo Rosignoli,  San Francis liberating the doves  (1882), and leads to an extremely old oak tree on which the birds are said to have gathered to be blessed by Francis.
The path takes you to Beato Leone grotto; the grottoes of the saint's other companions are past the stream. Further on are the grottoes of San Masseo and Beato Rufino.
Today the community of monks residing in the sanctuary welcome all those who wish to join the Franciscan experience in full respect of the Rule of life in the Hermitages.
Explore the surroundings
Main attractions in the vicinity 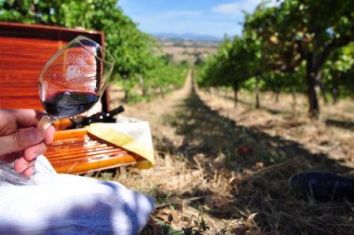 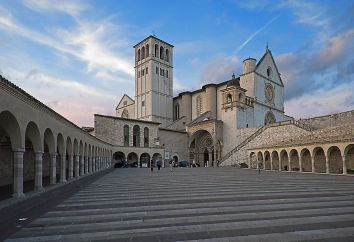 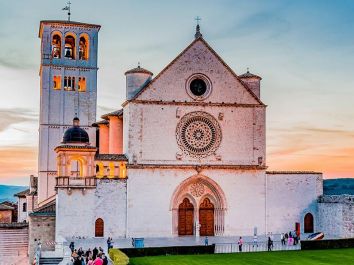 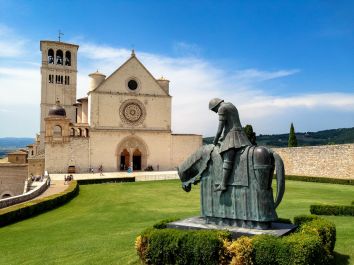 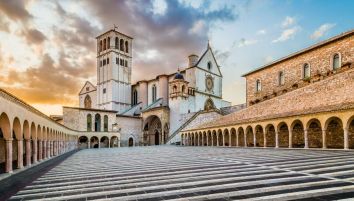